As a follow-up to the blogs about “drawing and sculpting” (posted June and July) here is a portrait that I drew during the last class session of “Beginning Portrait – Drawing and Sculpting”. Remember the point of the class was to enhance your drawing skills through sculpting. 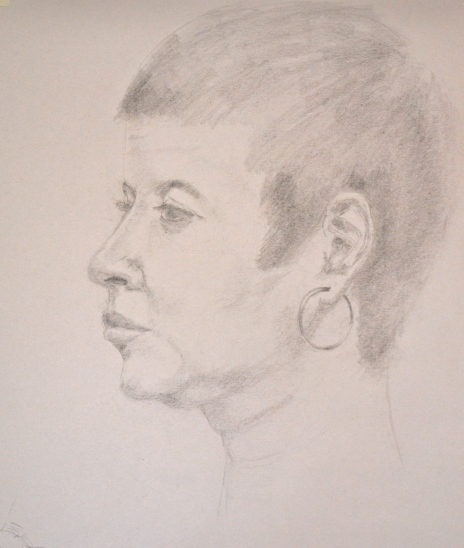 Now, in comparison look at the following portrait that I drew during my “Beginning Drawing” class during March 2012 (just a couple of months earlier). The nose and in particular the ear in this drawing are not as well developed as in the above drawing. Partly it was a lack of skill but also a lack of “seeing” things and being able to translate it into 2D. The sculpting truly helped to understand the form better and become better at drawing.   🙂 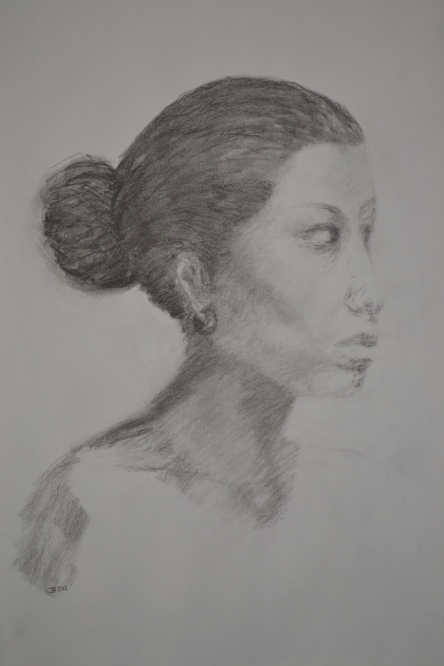 All material on this web site, including, without limitation: photographs, artwork, graphics, articles, stories, poems etc. are protected by U.S. and International copyright laws, both as individual works and as a collection, and are copyrighted by J.L. Breitling. ALL RIGHTS RESERVED.

Discovering the joy of art

Blurring the lines between poetry and prose

An Art network About Sculpture in Today's Modern World

Flash Storms of Art for the Visually Addicted